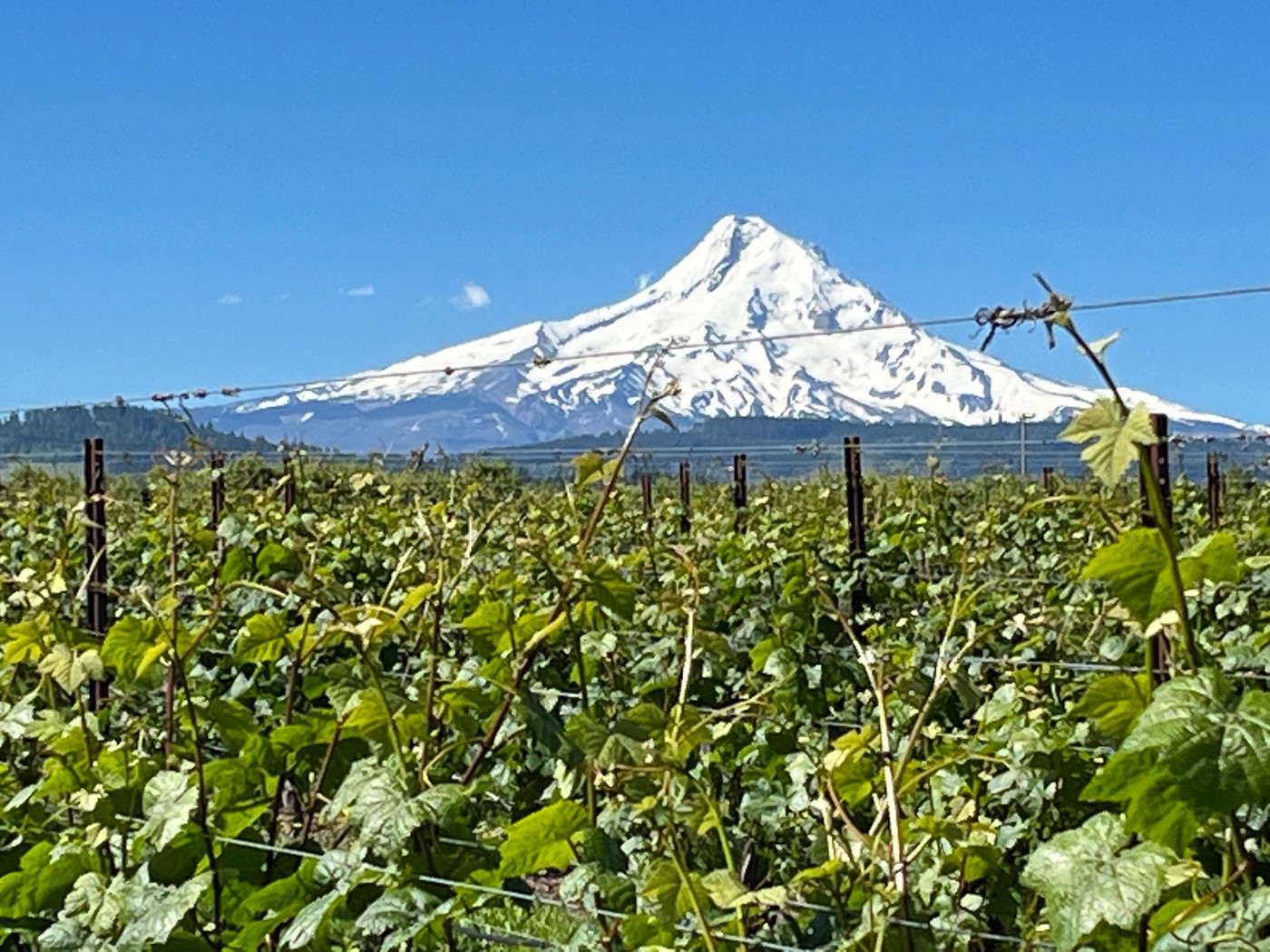 There aren’t many other vineyards in the world that are growing on the side of a volcano, so we are particularly keen on learning about them to grow our understanding of volcanic wines and their community, which is a fascinating mix of winemakers, geologists, athletes and adventurers.

Last year, Obsidian Cofounder Arpad Molnar and Winemaker Alex Beloz explored the Walla Walla and Red Mountain AVAs of Eastern Washington. The region was so fascinating to them that this year, we returned to explore the Columbia Gorge, a place Arpad has long enjoyed for the natural beauty and the incredible cycling, skiing and kite surfing opportunities. Winery Director Susan Sueiro and Sonoma State University Geologist Phil Mooney (who leads our Hike a Volcano Adventure) tagged along to see firsthand what had Arpad & Alex so excited about the region, its wines and its people.

Our Volcanic Adventure began the moment we left the ground in Sonoma…with Arpad piloting the team in our first voyage in the Obsidiplane, the Kodiak turboprop Arpad assured us would give us a safe, smooth 3.5-hour journey up the spine of volcanoes that define the wine regions from Northern California, through Oregon, to Washington. 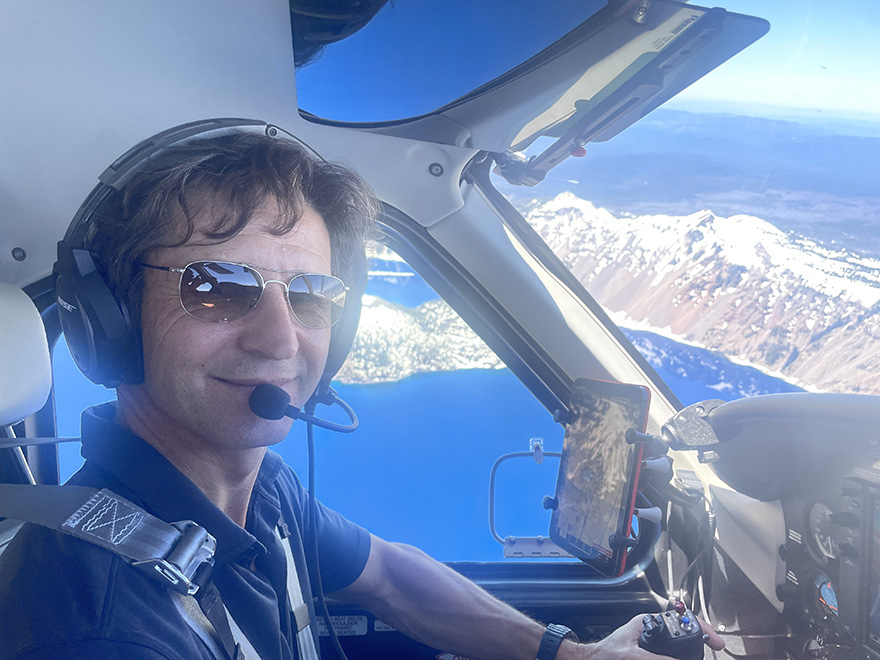 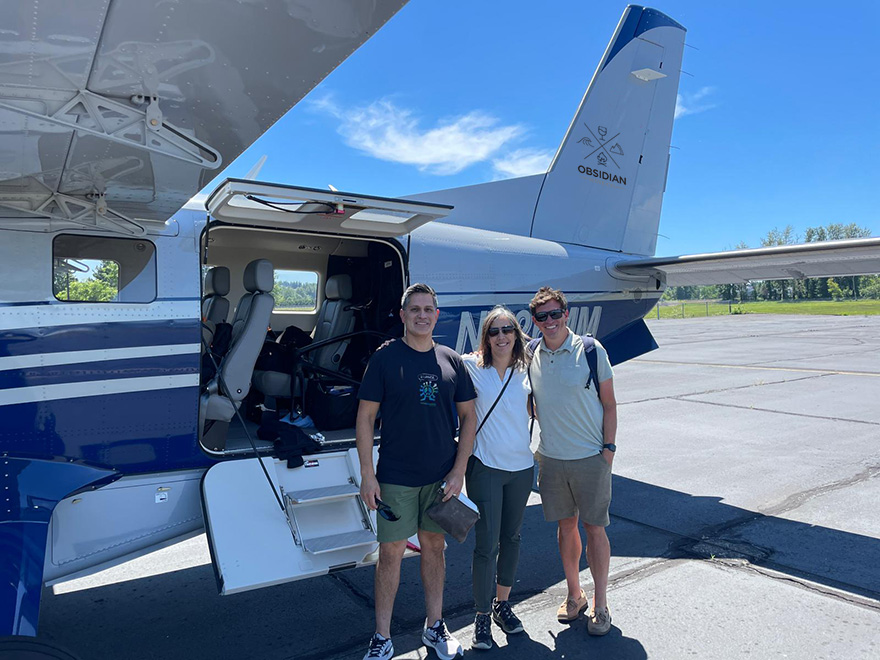 Alex, Susan, Phil and the Obsidiplane

As we flew over Obsidian Ridge, Phil explained that the West Coast's volcanoes were formed by subduction, which is when the tectonic plates collide and one is forced below the other, causing the subducted plate to melt and forcing magma back up toward the surface. 30 million years ago, the Pacific Plate collided with the North American plate around Los Angeles, and began to slip northward, forcing a third plate, once called the Farallon Plate, to subduct below North America. This formed the California mountain ranges from the Coast to the Sierra Nevada including our own Mayacamas Range and Mt. Konocti, and as it moved northward, the Cascade Mountains of Oregon and Washington. As the intersection of these three plates pushes northward, this “Triple Junction” continues to cause earthquakes and eruptions. 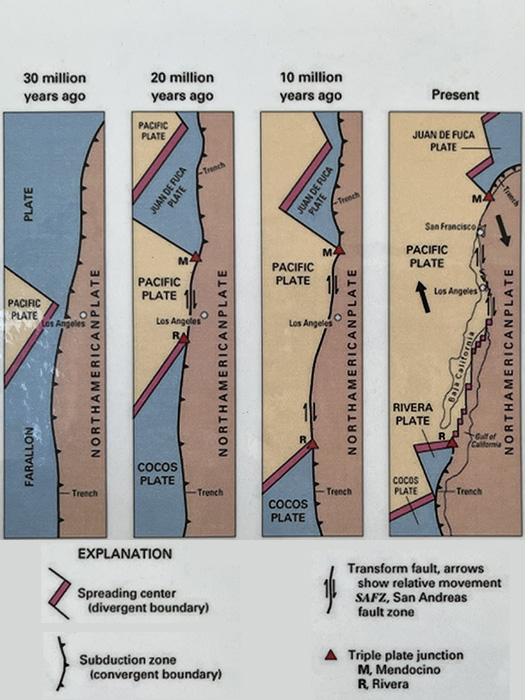 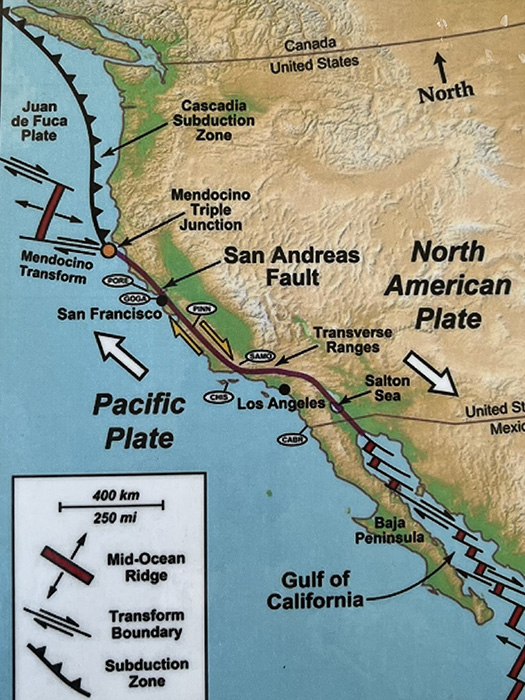 Professor Mooney never had such a rapt classroom as he described the views outside our window, when we were eye-level with Mt. Shasta, circling Crater Lake, and then on the final approach as we rounded Mt. Hood, with Mt. Adams, Mt. Saint Helens and Mt. Rainier all visible to our north, and dropped down into the Columbia River Gorge. It was impossible in that moment to not be awestruck by the power and beauty of nature, and deeply grateful for the shared experience of it. 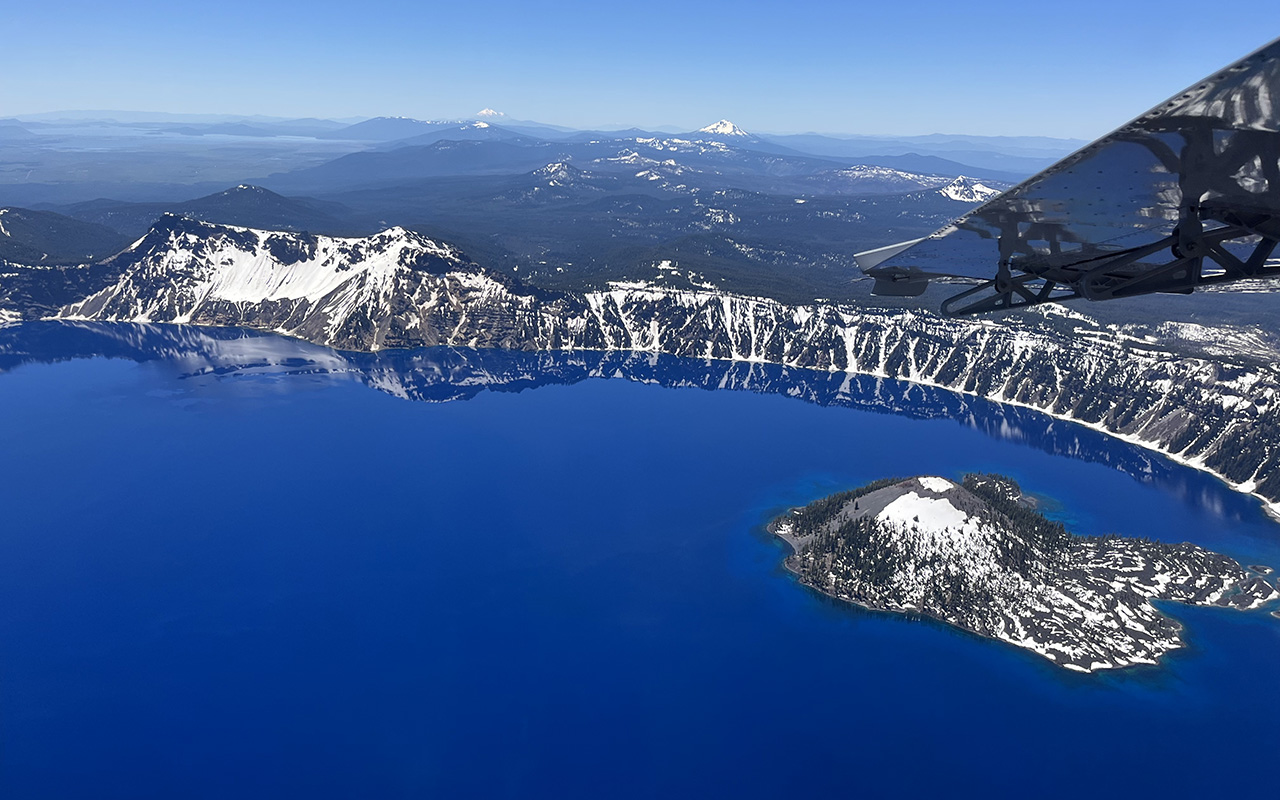 But the experience – and our education- was just beginning on the ground. We hopped in our rental jeep and zoomed along the Columbia River Highway toward the charming town of Hood River, learning the difference between Andesite, Basalt and Feldspar along the way, to meet Alan Busacca.

Several people had advised Alex that if he wanted to learn about the geology and wines of Columbia Gorge, he absolutely had to talk to Alan Busacca. After 23 years teaching geology, soil science, and agriculture at Washington State University, Alan moved to the Columbia Gorge 15 years ago to focus on viticulture – as a professor, a consultant, and ultimately as the owner of a winery. There was no better person to teach us about the region and introduce us to the community, and no one more generous with their time – Alan arranged a fascinating two-day immersion into the people, the wines and singular geology of this region. 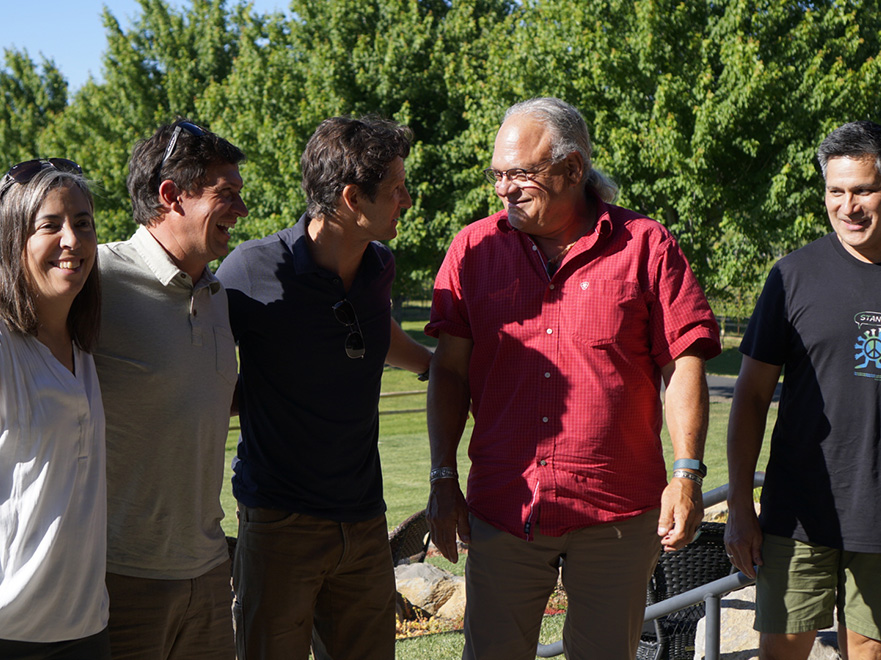 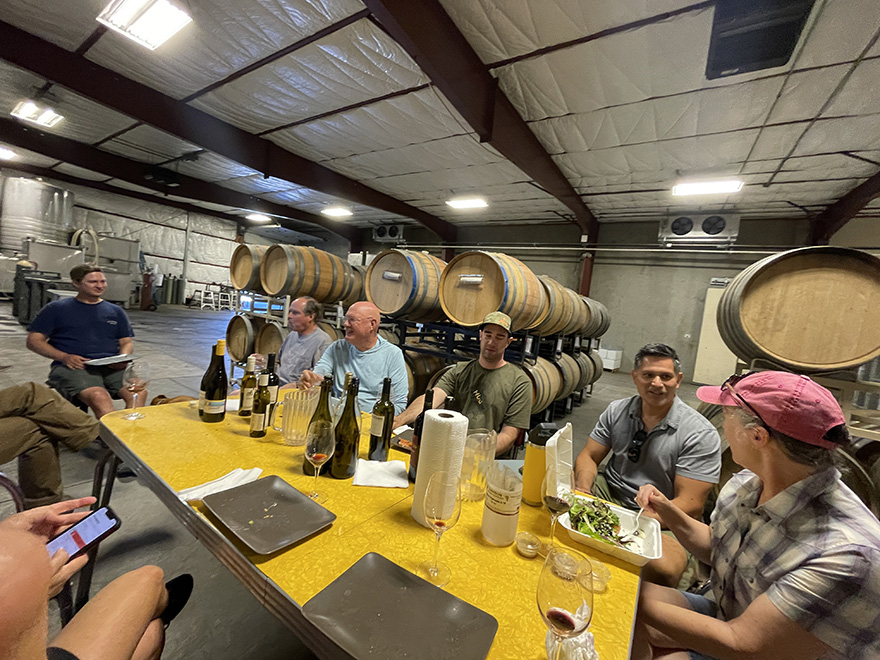 A highlight of the trip was our visit to Mt. Hood Winery cellar, where standing in the vineyard you can look left at Mt. Hood or look right at Mt Adams, two ~12k-foot snow-capped stratovolcanoes that look close enough to touch. In addition to their impressive range of classic varietal wines, we even tasted several pear wines, as much like our own region in Lake County, Hood River has a long heritage of pear orchards, and the Bickford family has been growing tree fruit since 1909, only diversifying into wine in the last twenty years. In that short time, they’ve developed a community of winemakers and growers who gather around the yellow table to taste and talk and dream. We were honored that Alan organized such a gathering and we had the opportunity to taste wines from all over the region and hear unique perspectives from half a dozen winemakers. 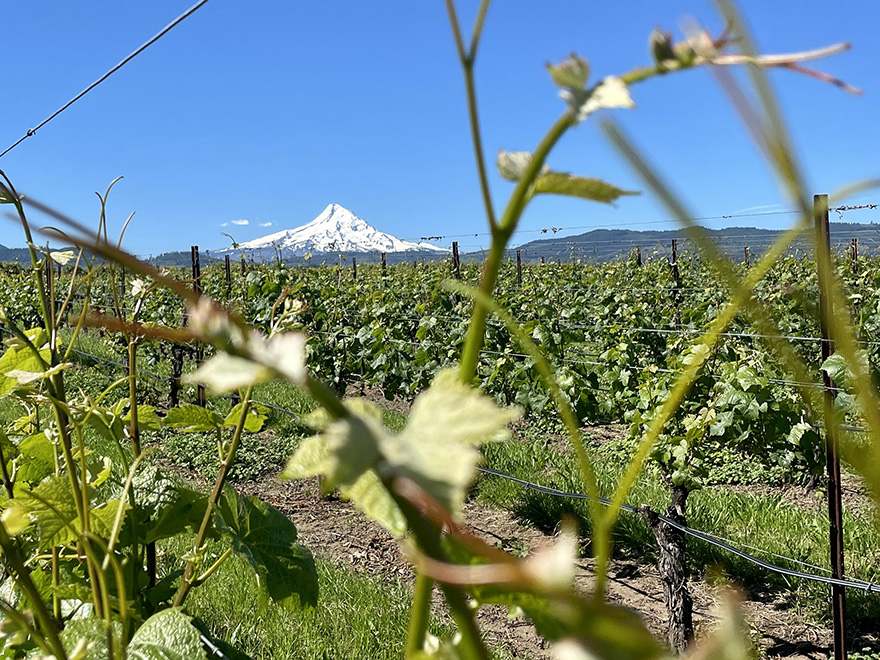 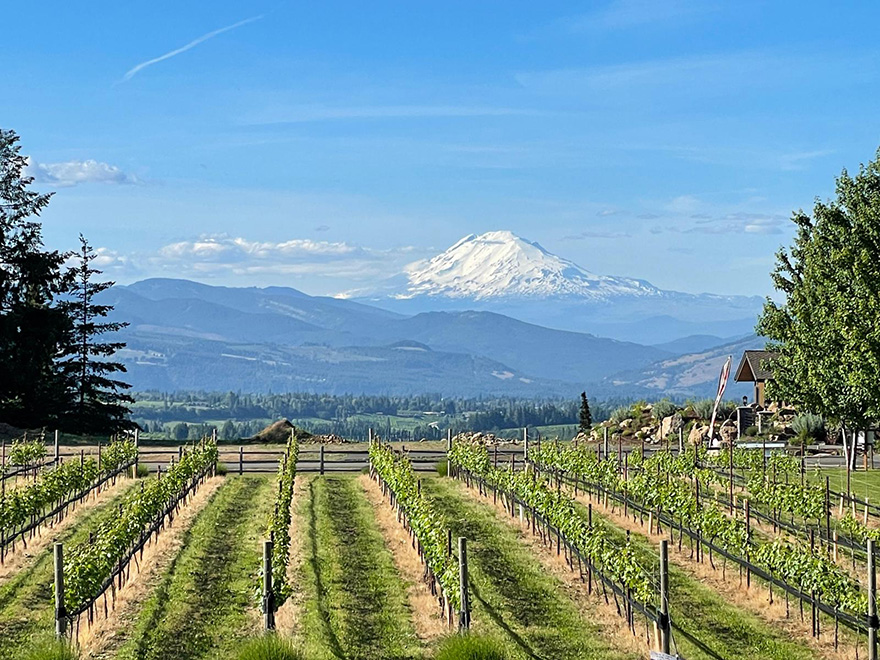 Alan saved the best for last, leading us out to The Dalles on our final afternoon, up a steep slope to Wind Horse Vineyard, his ambitious project planted at 1200’ on an ancient volcanic mudflow. Alongside mature blocks of zinfandel, Alan is developing a diverse quilt of plantings including grenache, syrah, and nero d’avola. We're going to have to come back in a few years to see how it works out.

Wind Horse Vineyard looking quite like Northern California in The Dalles, Oregon

As we headed back to town, parched and windblown, the two Midwesterners in the jeep perked up at the sight of a tall sign on the horizon. Alex & Phil were not deterred by Arpad’s mock horror, and when they learned they could give him his first Blizzard experience, the DQ Adventure was a go. 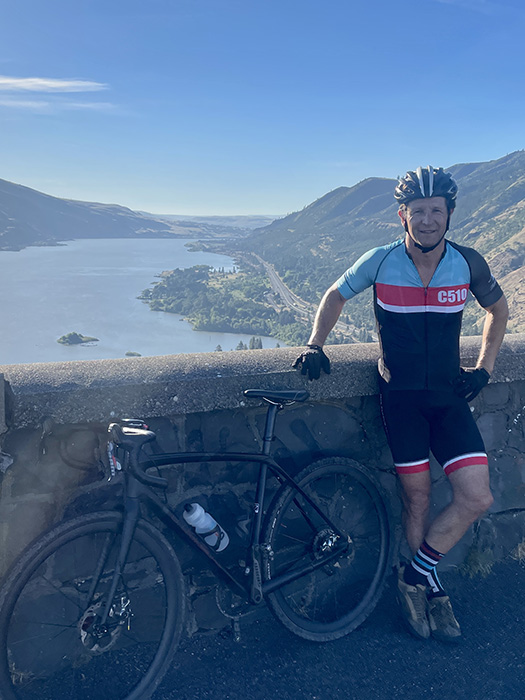 Thus refreshed, we returned to watch the kite surfers and sunset on the Columbia River and reflect on our visit. After two chock-filled days, we were impressed with the diversity of vineyards and varieties across the region -- the wonderful Analemma Mencia, a refreshing Picpoul from Syncline, a classic Carmenere from Wy’East. We were moved by the warmth and generosity of the people we met, and inspired by their eagerness to experiment, collaborate, communicate. As with any great adventure, we head home wanting more. 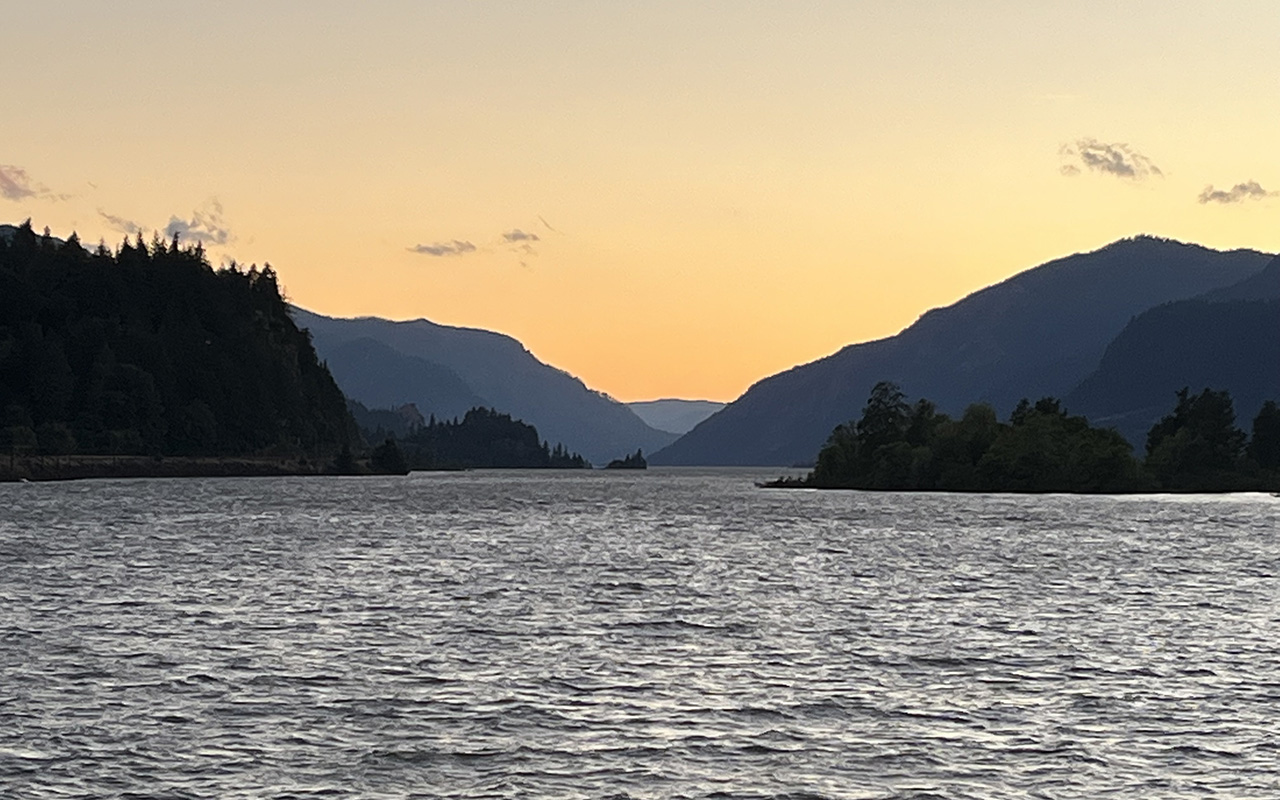